It’s a misconception that you only need a home inspection if you’re buying or selling a home. Regular home inspections can ensure that minor issues are caught long before they become costly problems.

Of course, whole house inspections in Harrisburg can get expensive, and if your home was recently inspected, chances are you only need to have the high-wear, high-risk areas of your home reviewed. That’s why One & Done offers system-specific inspections outside of our whole-home options.

You can adjust your service request anywhere from one system up to all of them. This can be great for maintenance lists or to explore areas you have concerns about. We can check just your well, septic, pool, roof, chimney, HVAC system, and more. We also perform inspections to check for mold, pests, or the presence of radon. Basically, if it’s in your home and you need it checked—our team can handle it.

Speaking of our team, we only work with the best. Each and every one of our inspectors in Harrisburg NC are licensed and has extensive experience—and not just within the inspection field. Many of our team members were previously contractors and have hands-on knowledge of the home building process. We believe you can't understand what's wrong with it now if you don't understand how it was put together. 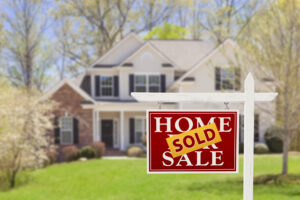 If you’d like to ensure your home is in tip-top shape, or are getting ready to sell your house, get in touch with our team today. We'll get you set up with a fair, accurate quote.

Harrisburg was once a home for Scottish-Irish immigrants between 1732 and 1765. It wasn’t until 1874 that the town was called Harrisburg, previously being known as Harris Depot. It later became a business district because of the railroad.

Most residents in Harrisburg own their homes, and these days it has become suburban. The town is sunnier than other places in North Carolina, and July is the hottest month. During winter, temperatures also tend to be higher than average at around 40 degrees.